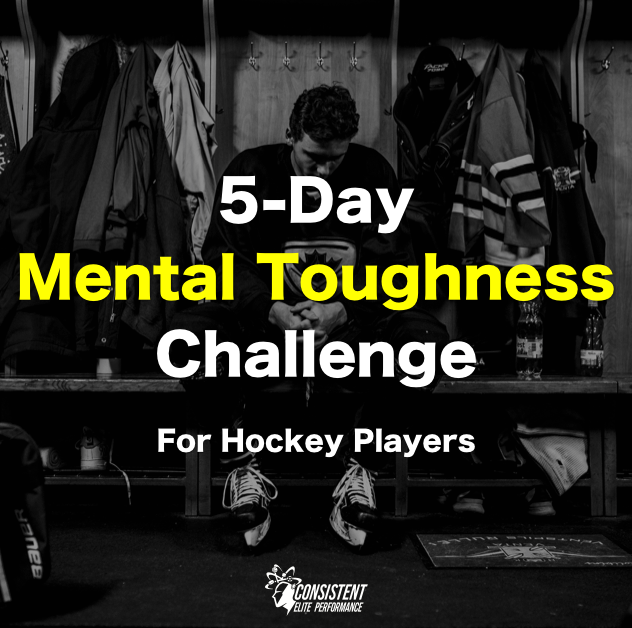 Starts Monday, June 15th at 3:30 pm
Join Now!
Your Mindset is the Key to Unlocking Your Potential
If you are a competitive hockey player and you feel that your MINDSET has held you back from reaching your full potential, then this challenge is for you!

Over the 5-Days You will Learn How To:

Over 5 Hours of Video

What Our Players Are Saying: 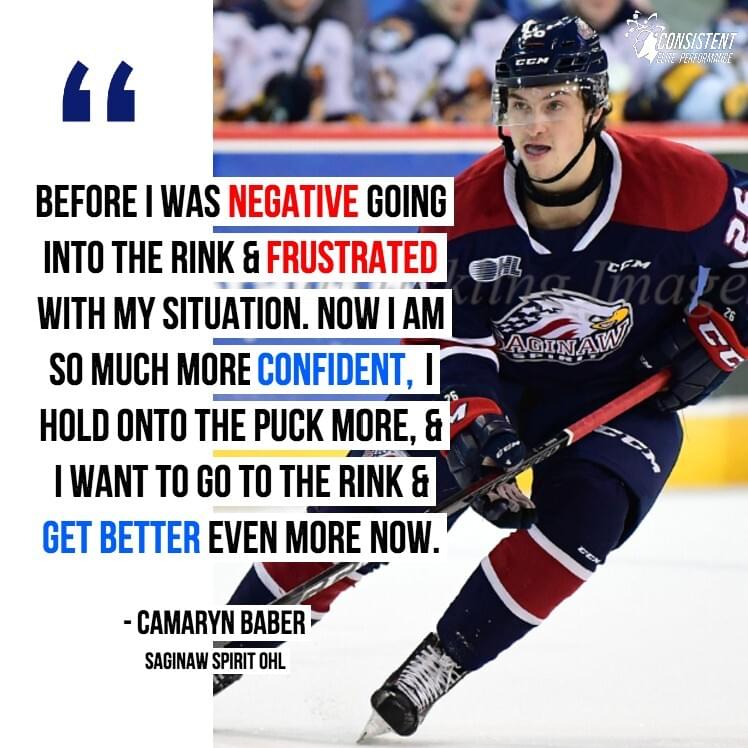 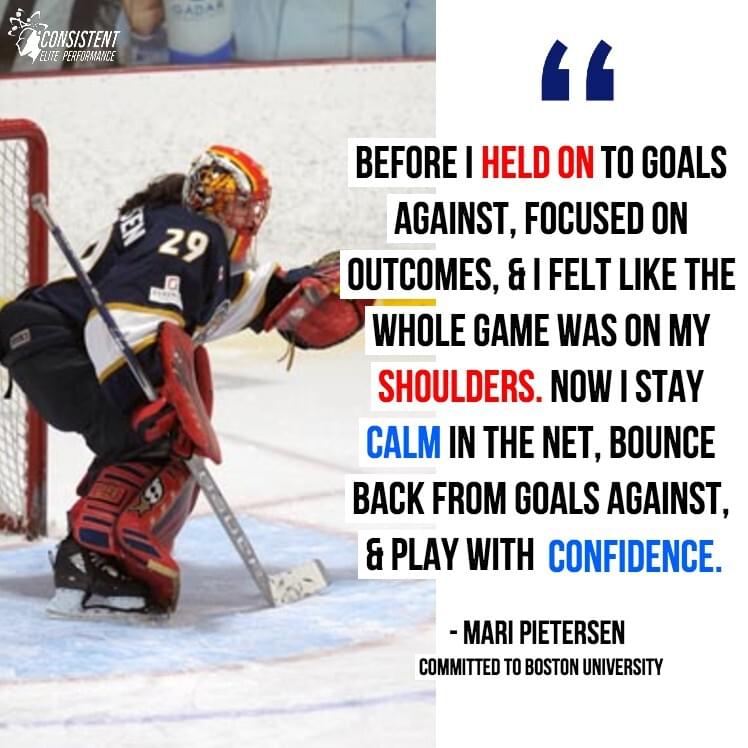 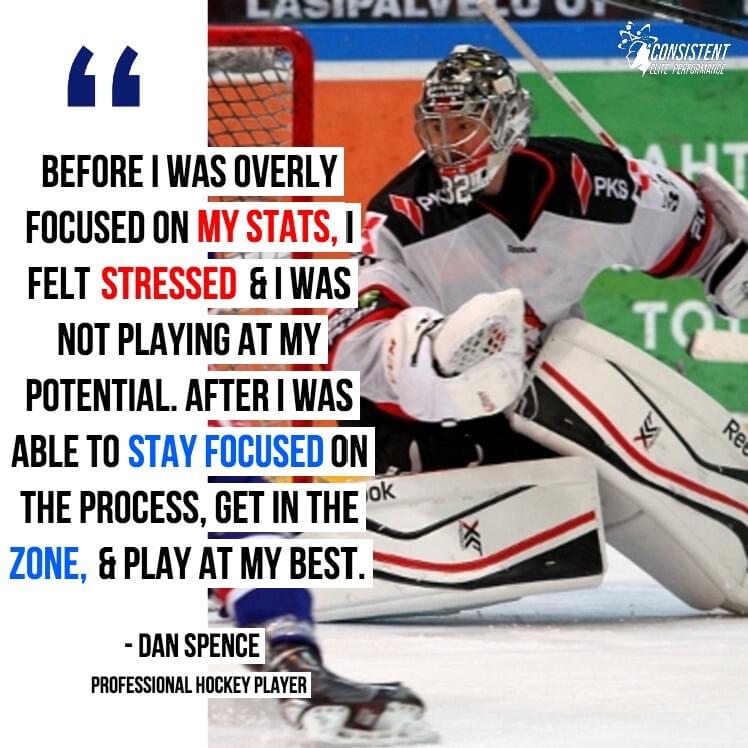 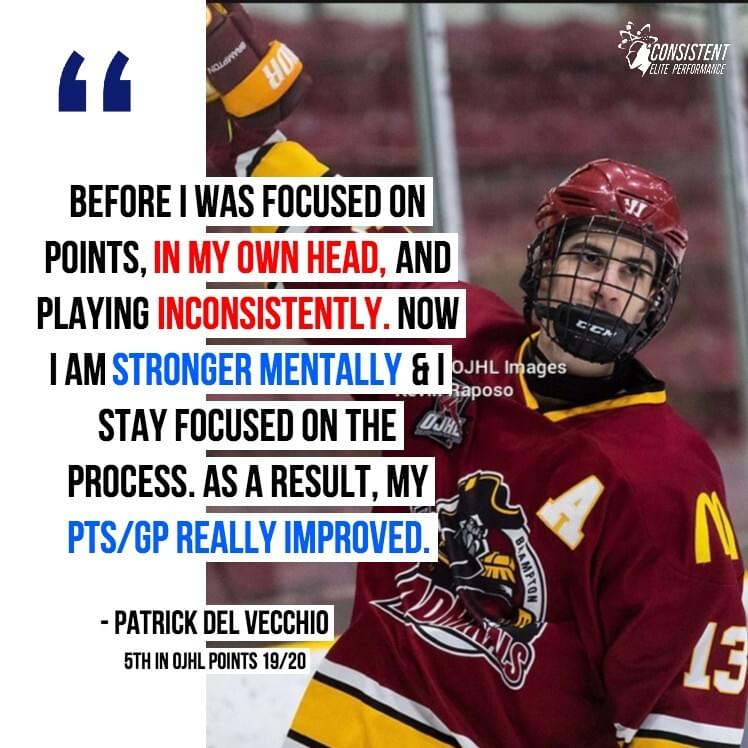 What You Will Learn Over the 5 Days

The 4 Core Mental Skills
The Keys to Mental Toughness

The Reset Routine
How to Clear your Mind

Mental Preparation
How to get Dialed in on Game Day

Confidence
How to Stop Doubting Yourself

I played my minor hockey in North Bay, Ontario, and, like many kids, my emotions got the best of me at times. I’d slam my stick, doubt myself, get frustrated, and overthink. I went into slumps, I took retaliation penalties, and rode the emotional roller coaster of highs and lows.

However, I worked hard and I was fortunate enough to go in the 4th round of the OHL draft and went on to play 5 years of junior hockey, have a short stint in Pro hockey, and finished my career with 5 years of University hockey. 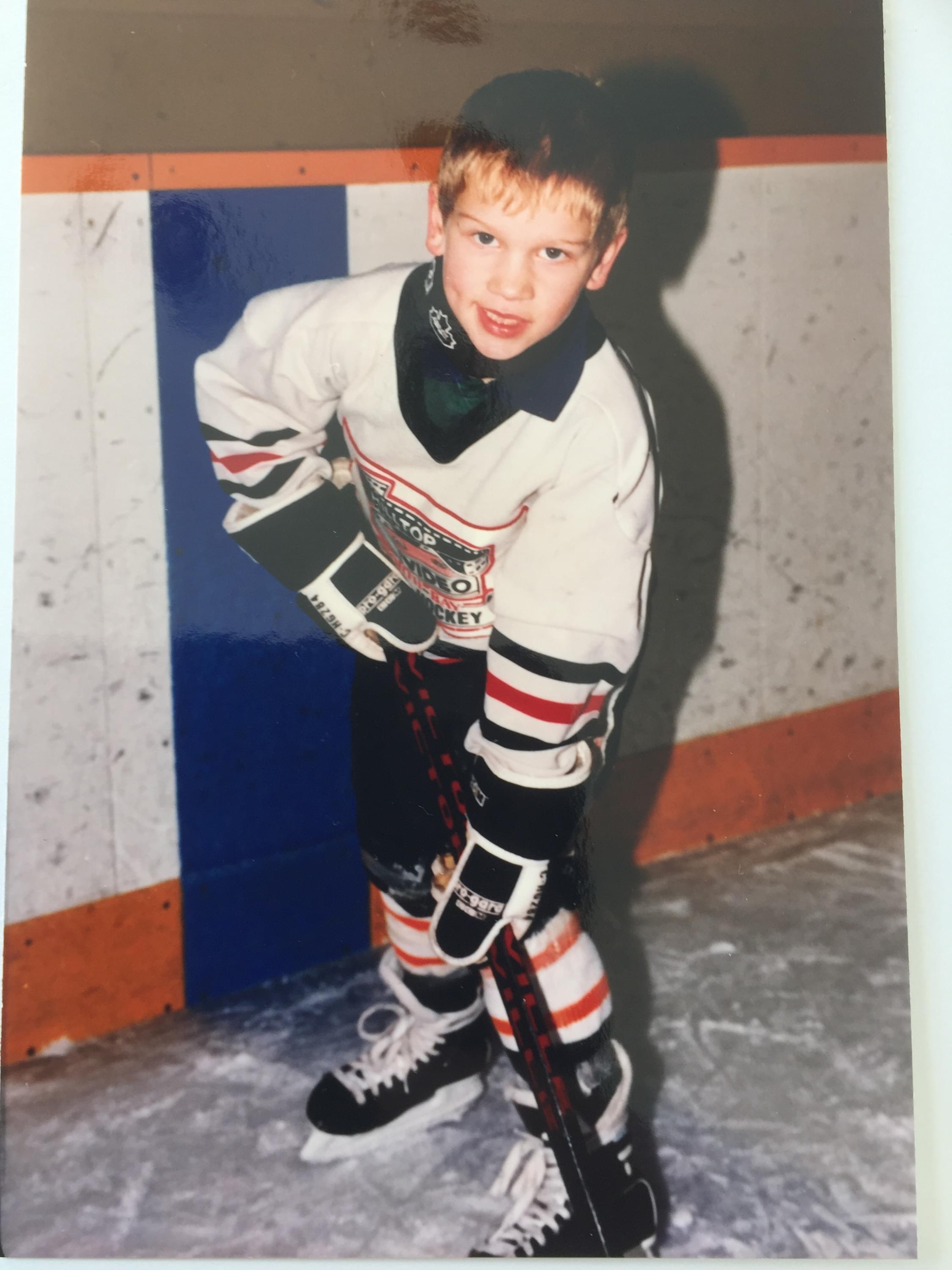 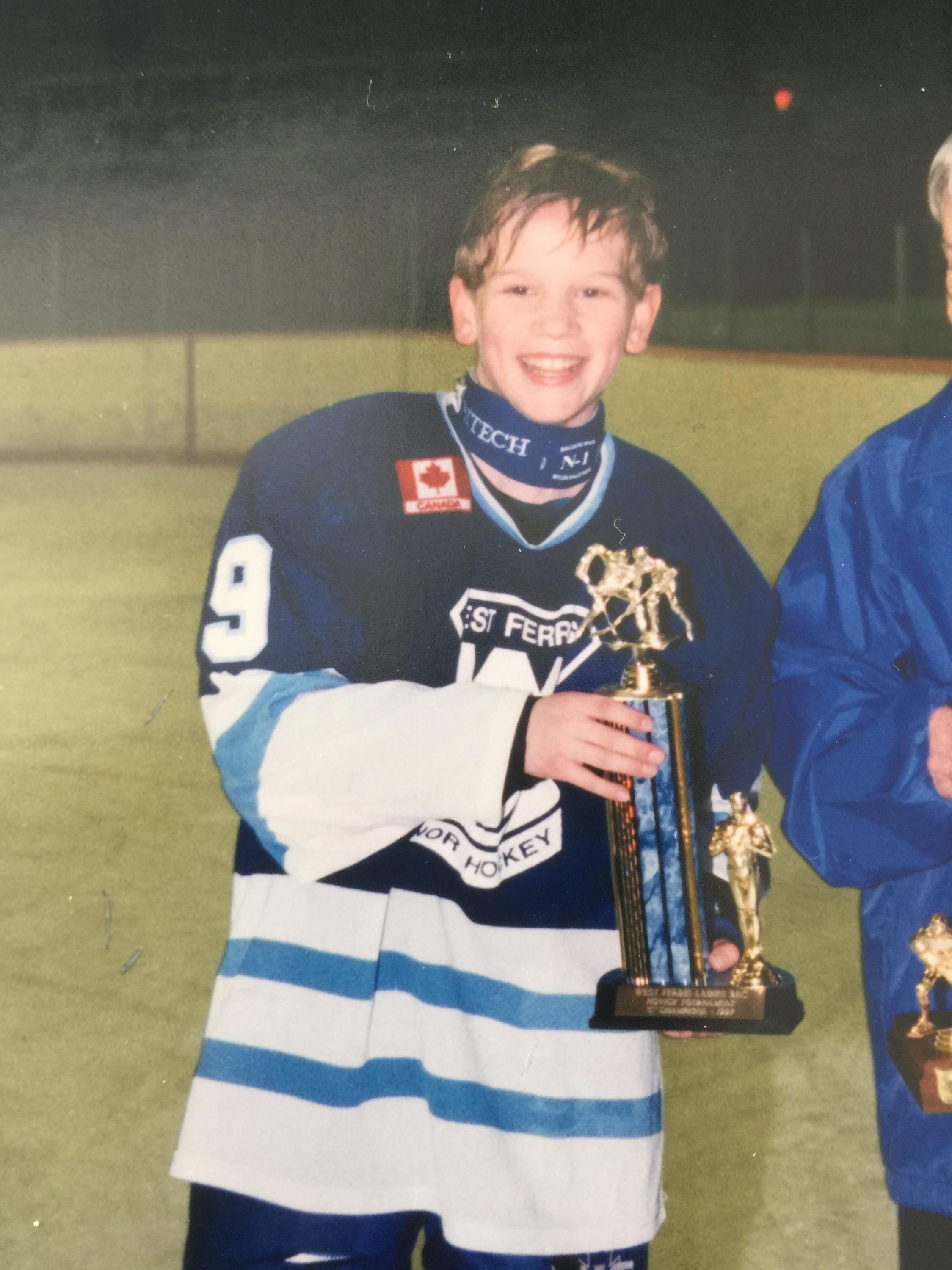 Throughout my career, I was so focused on outcomes (e.g., points) and I worried about what others though (e.g., coaches, parents, teammates, scouts) which often caused me to tense up, get derailed, and underperform. For example, in my last year of junior hockey, I put up 74 points in 49 games. In 20 of those games I didn’t get a single point, while in the other 29 games, I almost always got a point in the first period. The lesson being: that when I didn’t get success early in games, I’d start on a downward spiral of getting frustrated and tense, then I’d play worse and get even more frustrated and so on.
The hardest year of my career was my first year in the OHL. I was extremely excited that I had made it to the OHL and I had big expectations for myself. I can still clearly remember being on the starting lineup in the season opener. But things didn’t go the way I expected. I didn’t produce and fell down the lineup quickly. I started worrying about not producing, which made me hold my stick too tight and made it even harder to produce points. I remember it being about 15 games in and I still had no points, the coach came and told me it was going to be hard for me to get much playing time moving forward. I was healthy scratched 34 games that season and when I did play I’d only get a handful of shifts. I remember we took a road trip up to Ottawa from Toronto and I was all excited that I was in the lineup but come game time, I didn’t get one shift. I sat on the bench the whole game!

In short, I finished the season with 0 points and I was devastated. It was incredibly hard to have any confidence as a hockey player and person. I even considered quitting hockey.
However, I was able to overcome these adversities and many more like them (e.g., broken jaw & getting sent down) to be able to finish my career successfully. But this took be 10 years of struggle, frustration, and trial & error because I didn't have enough guidance. In short, I learned how to strengthen my mental toughness the hard way. 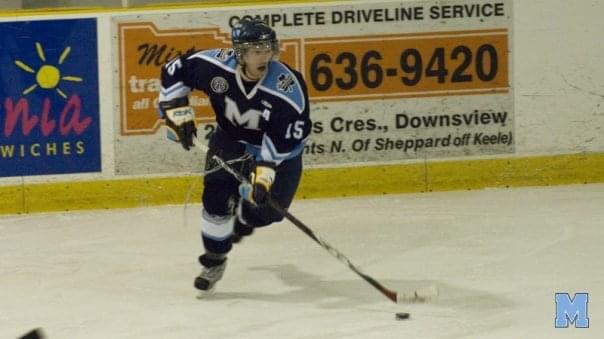 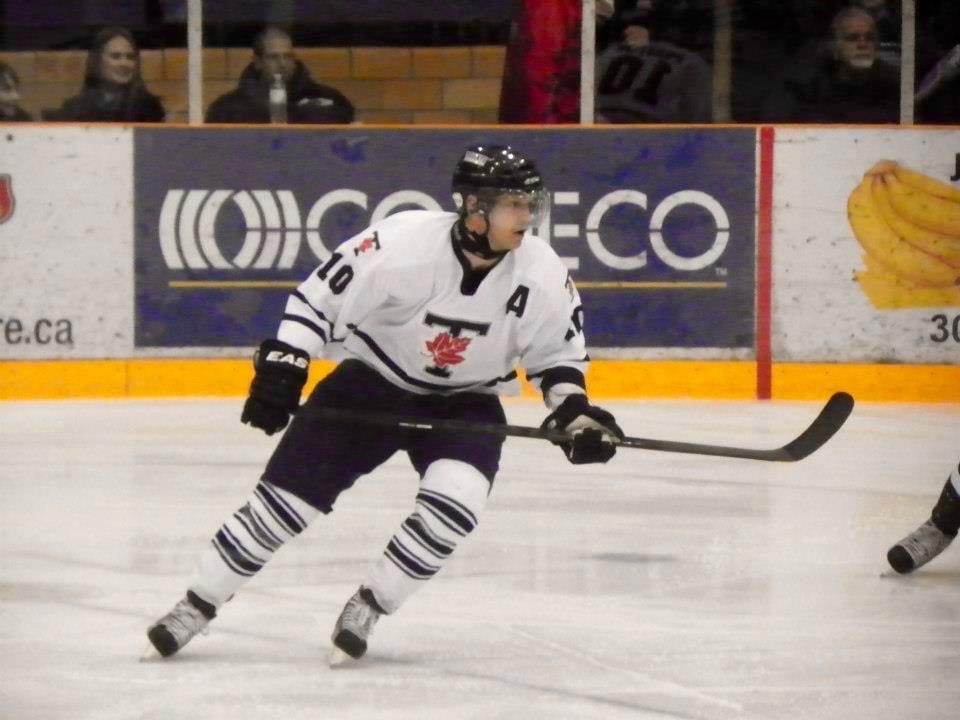 Mental toughness is incredibly important, but the problem that I experienced and many athletes currently do is that it’s not easy to work on because it is not tangible, especially if you try to do it on your own. This is why one of the core values that I have is to find simple solutions to abstract problems. This drove me to earn my Ph.D. in Sport Psychology from York University.
Now I am a full-time Sport & Performance Psychology Coach and I use my education, playing career, and coaching experiences to guide hockey players daily to clearly understand what mental skills they need to work on and exactly how to strengthen their mental toughness. This way you don’t have to learn the long and difficult way like I did.
The last thing I want to share is that mental toughness is the key to unlocking your potential. Most players are investing a lot in their physical and technical skills, but are under performing because they have not invested enough in their mental toughness.

Don't waste your career away because you weren't willing to invest in your mental toughness! 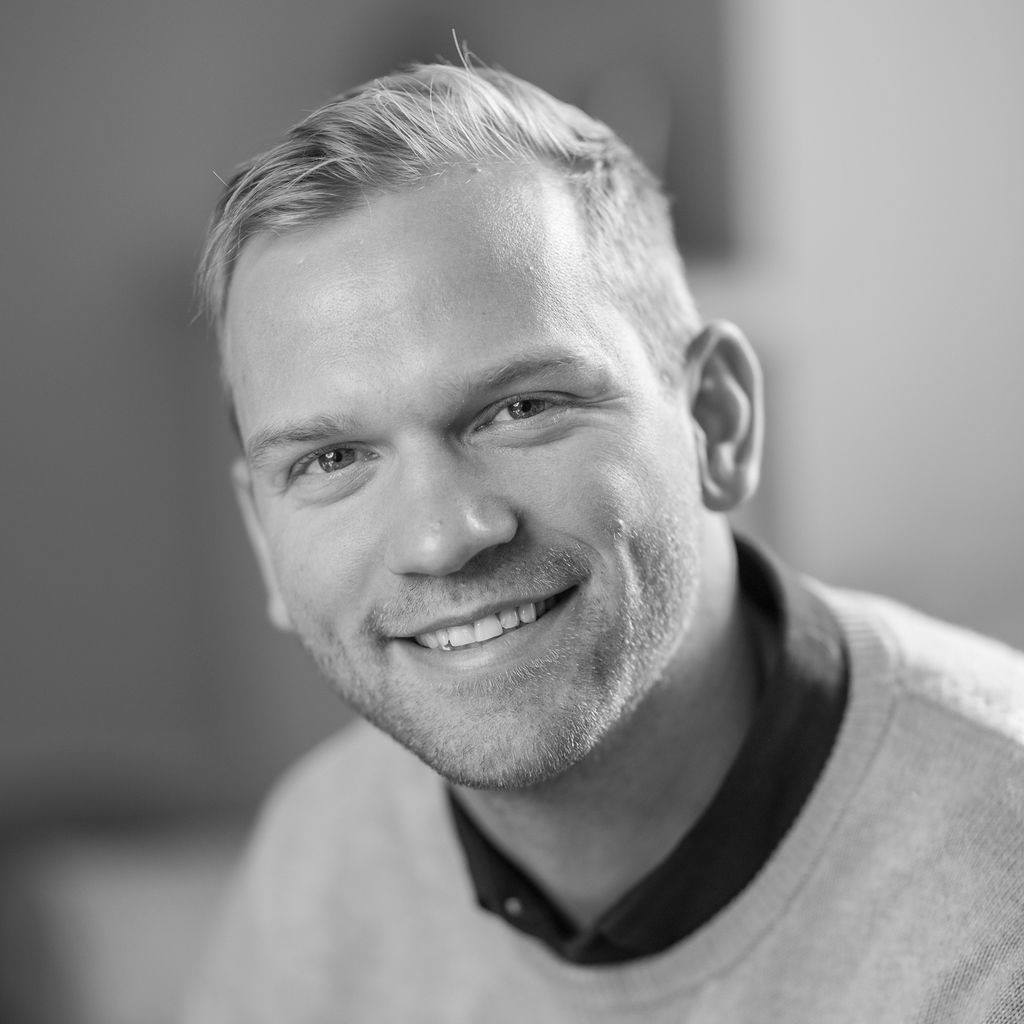